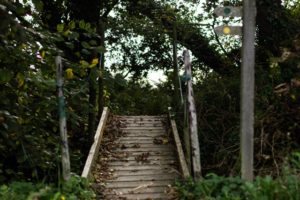 Naturalist, retired teacher and long-time columnist with the INM Regionals Limited newspaper group Jim Hurley is South Wexford’s keenest promoter. He is a regular here in Ballycross and has shared with us a nature trail which incorporates elements of all four of our trails: Red Trail (20 minutes), Blue Trail (40 minutes), Green Trail (40 minutes) and Yellow Trail (30 minutes).

This nature trail can take up to two hours to complete in a very leisurely way and Jim has outlined all of the wonderful nature you will spot along the way. Walking surfaces are often uneven so remember to wear suitable footwear and prams are not recommended.

The trail passes through areas of woodland, along the bank of the Bridgetown Canal and by drainage channels that flow southwards to disgorge into the Ballyteige Burrow complex of protected nature sites. Points of interest along the trail are described below and each of the 14 sectors is cross-referenced to the four, colour-coded Ballycross Trails.

A map of the trails are available in reception so just ask upon arrival and enjoy!

The Ballycross Apple Farm nature trail is accessed from the farm courtyard by following the signs for the Red Trail.

Sector 1. The walk starts at the north-eastern end of the elevated wooden footbridge. Sector 1 is part of the Red Trail, is about 130m long and follows a line of planted maples with an abundance of willowherbs and forget-me-nots covering the ground beneath the treeline in summer and liverworts and mosses in winter.

Sector 2. The walk continues along the Red Trail for 30m approximately and passes through a grove of planted Christmas trees. Spruces on the left face a collection of young trees on the right that includes Alder, Ash, Beech, Oak, Scots Pine and Sycamore with an understorey of Bracken, Common Fleabane, Common Ragwort, Creeping Buttercup, Silverweed and Smooth Sow-thistle.

Sector 3. Still on the Red Trail, the route now comprises a woodland walk approximately 175m long. The deep drain on the right is the former course of the Bridgetown River and is the townland boundary between Castletown on the far bank and Ballycross on the near bank. The placename ‘Castletown’ is interpreted as English meaning ‘the townland of the castle or other defensive structure’3. The woodland features on 1840 Ordnance Survey sheet. The canopy comprises Ash, Beech, Elm and Sycamore with an understorey of abundant Sycamore saplings and Bramble with some Blackthorn, Hawthorn and Honeysuckle. Common Ivy scrambles across the woodland floor punctuated by clumps of Soft Shield-fern, Hart’s Tongue and Great Wood-rush. In spring, Bluebell, Common Dog-violet, Lesser Celandine, Pignut and Primrose flower in the ground layer with Cuckooflower and Marsh-marigold in wet places. The Red Trail ends at an arched bridge over an artificial drainage channel supporting a duckweed, Grey Willow, Hemlock Water-dropwort, a water-starwort and Wild Angelica. There is an option to return to the farmyard (10 minute walk) or continue across a flat, rustic bridge to the Blue Trail.

Sector 4. This part of the nature trail is a 120m walk between two drains on an elevated narrow path with protruding tree roots. The channel of the former Bridgetown River is on the right and continues to form the townland boundary between Ballycross (left) and Castletown (right). Small Tortoise-shell, Speckled Wood and Red Admiral butterflies are often common along with day-flying moths. Blackbird, Coal Tit and Song Thrush are regulars. The walk crosses an underground geological boundary: the rocks behind are younger Killag Formation sandstones formed during the Permian Period about 250 million years. The rocks ahead are older Wexford Formation limestones formed during the Carboniferous Period about 330-346 million years ago

Sector 5. Still on the Blue Trail, Sector 5 is a 560m walk along the top of the canal bank levee (pictured, page 3 top right). Note the height of the levee; it was constructed from spoil excavated from the channel dug to carry the canal. The work was completed by manpower during the period 1847-1855 during, and at the end of, An Gorta Mór, the Great Hunger, 1845-1852. The Bridgetown River formerly flowed immediately left of the levee. The mature treeline to the left, behind the planted stand of young Alders, marks a former ancient shoreline. The canal is tidal and its waters often support shoals of large Grey Mullet. Its shores on the far bank support a saltmarsh community including Common Reed, Sea Aster, Sea Club-rush and Yellow Iris backed by White Willow, Hawthorn and Gorse. The townlands on the far bank are Castletown (right) and Sheephouse (left) [English: ‘townland of the sheep shelter’3]. The former owners of Ballycross House had a boathouse beside the levee.

Sector 6. Pause by the gate at the end of the levee and note the confluence of the Castle River canal with the townland of Newhouse on its left [English: ‘townland of the new house’3]. The eroded, curved bank of the former course of the Castle River may be seen on the opposite bank. The former confluence of the Bridgetown River and the Castle River and their point of discharge into the Broadwater estuary is located at the extremity of the wooded area, now the townland of Inish and Ballyteige Slob [Irish: Inis = island3; Baile Thaidhg = Tadhg’s town3]. The word ‘slob’ is used in Ireland to mean an agripolder. Waterbirds that frequent the canal include Cormorant, Grey Heron, Little Egret and Mute Swan. Mallard and Moorhen breed in the summer. Kingfishers occur regularly and small flocks of Teal are common in winter. Eurasian Otters are plentiful in the canal and in the associated drainage channels together with American Mink and the occasional Pine Marten.

Sector 7. This walk is about 110m-long and runs across the floor of the former wetland from the levee to a cliffed former shoreline. The descending path is flanked by Reed Canary-grass and Meadow Foxtail, an early-flowering grass that blooms in May. At the lowest point, turn around and note the height of the levee behind. The trail crosses an arched bridge and follows the large drain carrying water to the Ballyteige Channels 4km to the south.

Sector 8. Still on the Blue Trail, this is a 265m-long walk along the cliffed edge of a steep, former shoreline. Before the start of the walk note the eroded bank at the steps; possibly the bank of a glacial meltwater outfall channel. At the top of the steps, by the Jonagold orchard, there is an option of staying on the Blue Trail (20 minutes to the farmyard) or joining the Green Trail (35 minutes to the farmyard). The Green Trail follows the former ancient shoreline with a deep drain on the left and a steep valley on the right. Woodpigeon, Buzzard, Magpie, Wren, Chiffchaff, Blackbird and Goldfinch are all common. A large Badger sett is located under the elevated boardwalk. Note the several entrances, the mounds of excavated soil and the piles of discarded bedding. Wood Avens flowers in late spring, Tutsan in summer and autumn sees large numbers of crab apples on the ground. Caution is advised on the slippery hairpin down the bank at the end of this sector.

Sector 9. Still following the Green Trail, Sector 9 is a short (80m approximately) walk across the floor of the former Broadwater wetland. The occasional damp conditions underfoot are evidenced by the presence of Grey Willows. Meadowsweet and Purple-loosestrife flower in profusion in late summer.

Sector 10. The 350m-long walk continues along the floor of the former Broadwater estuary following the shoreline shown on the 1840 Ordnance Survey sheet. The drain on the right is the townland boundary between Ballycross (near side) and Inish and Ballyteige Slob (far side). Orange Tip butterflies are abundant here on Cuckooflowers in April and Painted Lady butterflies are often common in summer together with Emperor dragonflies.

Sector 11. This short walk (about 80m) passes close to turbine No 17 of the Richfield Wind Farm. The turbine stands on Little Island, the smallest of the former islands in Broadwater. The trail can get soft underfoot before ascending the former shoreline and entering a woodland.

Sector 12. The Beech woodland walk (350m approximately) is featured on the 1840 Ordnance Survey sheet. Some of the trees are estimated to be about 80 years old. The trail passes Elstar apple trees on the right. The woods are bright with Bluebells in spring. Autumn brings a carpet of Beech mast on the ground and Penny-bun mushrooms. Grey Squirrels occur but are rare. Red Squirrels used to be common at Ballycross and environs but are now very rarely seen. An extremely elusive deer has been spotted in these woodlands; its pairs-of-slippers tracks may be seen in fresh ploughland adjoining the woodland margin. A Great Spotted Woodpecker turned up in Ballycross in July 2017. In winter, flocks of Starlings, Fieldfares and Rooks roost on the bare branches of the trees. Towards the end of this sector, the trail crosses back over an underground geological boundary: the rocks behind are older Wexford Formation limestones formed during the Carboniferous Period about 330-346 million years ago while the rocks ahead are younger Killag Formation sandstones formed during the Permian Period about 250 million years6.

Sector 13. This part of the walk leaves the Green Trail and joins the Yellow Trail: The walk (about 200m long) approaches the walled garden and several invasive aliens, garden escapes and throw-outs dominate parts of the woodland: Cherry Laurel, Horse Chestnut, Japanese Knotweed and Winter Heliotrope. Wood Anemones and Lesser Celandine dapple the woodland floor with white and yellow spots respectively in April.

Sector 14. The Yellow Trail ends back in the farmyard. Holes in the walls of old stone buildings provide nesting sites for Blue Tits, House Sparrows and Jackdaws. Bat boxes and bird boxes fixed to the walls provide additional places to roost and/or to nest.